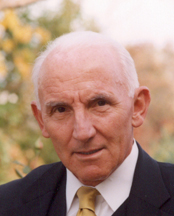 Sole Practitioner
Location: Redding, California
Phone: 530-241-6900 or CLICK TO CALL
Fax: 530-241-0257
Email: E-mail Me
Almost everyone who goes to law school has a fantasy, at least for a time, of becoming a champion for justice, of making a difference and changing society for the better. For many, the fantasy quickly fades. For a few, the fantasy takes on shades of reality.

As a sole practitioner and lawyer for over 45 years, Joe Gazzigli litigates big and small cases alike. Though he has had national headlines, he prefers the quiet satisfaction of clients who value his service and benefit from his counsel.

Joe Gazzigli’s sense of success is not measured in dollars or publicity. It is in doing the right thing and offering his assistance to those who need it. His generosity and seemingly limitless energy are critical assets in his arsenal of legal knowledge and litigation skills.

Joe has been repeatedly name by his peers and the states local bar associations as maintaining the highest-quality practice and an unparalleled commitment to his community.

His 45 plus years of lawyering skills and hundreds of hours of community service a year reflect something fundamental about his character. His peers consider him one of the few left of a dying breed of lawyer, a “true gentlemen.”

“Integrity is the word that best describes Joe,” says fellow attorney Wayne Maire. “He is a model for the rest of us. He is also one of the most generous people I have ever known.”

Gazzigli’s generosity, however, belies his tenacious pursuit of winning results in all cases he pursues. He is second to none in his criminal defense work and he has prevailed in many multi-million dollar settlements and jury verdicts in personal injury and product liability cases.

Robert Simpson, another well known colleague of Joe’s said it best when he said “he’s a lawyer’s lawyer–if other lawyers need help with difficult cases they often turn to Joe for advice. Joe’s arbitration skills allow disputes between attorneys to be quickly resolved and we are better off because Joe is a truly gifted arbiter and member of our legal community.”